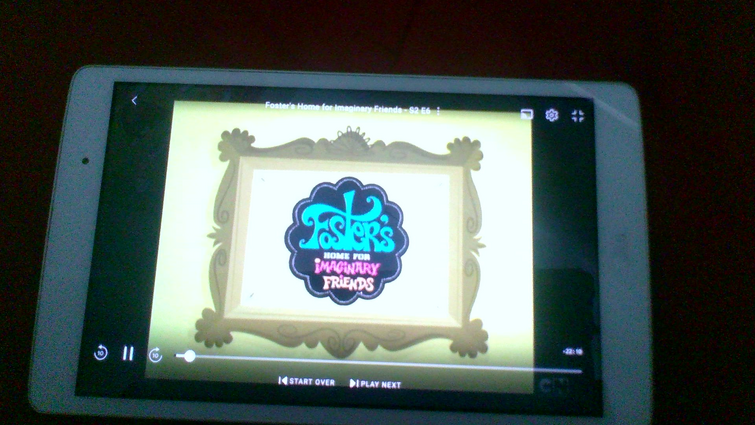 I'm gonna watch Foster's Home for Imaginary Friends because i love that show! Bloo is my favorite character!

On April 12, 2020, when I was looking for a show to watch on Hulu, I found this show and decided to watch it. I watched the first 12 episodes of Season 1, and when I woke up the next day, the first thing I did was watch the final episode of Season 1, then moved on to Season 2. I had a great time watching the show on Hulu, especially the TV movie Destination: Imagination, but my distance learning kinda got in the way of it. I finished watching the show on Hulu on April 26, before May started. This is what made April 2020, in my opinion, a great month. But don't even get me started on April 1.

Before I started watching the show on Hulu, I watched the episodes "Pranks for Nothing," "Say it Isn't Sew," "Squeeze the Day," "One False Movie," "Shlock Star," and "Seeing Red/Phone Home" on Cartoon Network On Demand on April 4th, and that was a great day.

If you're wondering how I watched the show, I watched it on a tablet that kept restarting by itself, and that was annoying.